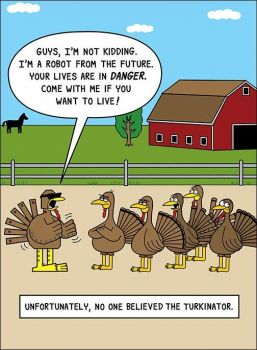 Which of these is the capital city of Turkey?
a) Konya
b) Izmir
c) Istanbul
d) Bursa
e) Ankara
f) Antalya
z) Hoff’s moving Nepal out of the way
Created by Stillmanic Published 3 August 2021

I'm extra pleased when I get a geography question right. Thanks Bonnie.

I know many capitals, but this one for sure ;-)

Of course. Who else but Ankara?

Ankara historically known as Ancyra and Angora, is the capital of Turkey. Located in the central part of Anatolia, the city has a population of 4.5 million in its urban centre and over 5.6 million in Ankara Province, making it Turkey's second-largest city after Istanbul.
Serving as the capital of the ancient Celtic state of Galatia (280–64 BC), and later of the Roman province with the same name (25 BC–7th century), the city is very old with various Hattian, Hittite, Lydian, Phrygian, Galatian, Greek, Persian, Roman, Byzantine, and Ottoman archaeological sites. The Ottomans made the city the capital first of the Anatolia Eyalet (1393–late 15th century), and then the Angora Vilayet (1867–1922). The historical centre of Ankara is a rocky hill rising 150 m (500 ft) over the left bank of the Ankara River, a tributary of the Sakarya River. The hill remains crowned by the ruins of Ankara Castle. Although few of its outworks have survived, there are well-preserved examples of Roman and Ottoman architecture throughout the city, the most remarkable being the 20 BC Temple of Augustus and Rome that boasts the Monumentum Ancyranum, the inscription recording the Res Gestae Divi Augusti.
On 23 April 1920, the Grand National Assembly of Turkey was established in Ankara, which became the headquarters of the Turkish National Movement during the Turkish War of Independence. Ankara became the new Turkish capital upon the establishment of the Republic on 29 October 1923, succeeding in this role the former Turkish capital Istanbul following the fall of the Ottoman Empire. The government is a prominent employer, but Ankara is also an important commercial and industrial city, located at the centre of Turkey's road and railway networks. The city gave its name to the Angora wool shorn from Angora rabbits, the long-haired Angora goat (the source of mohair), and the Angora cat. The area is also known for its pears, honey and Muscat grapes. Although situated in one of the driest regions of Turkey and surrounded mostly by steppe vegetation (except for the forested areas on the southern periphery), Ankara can be considered a green city in terms of green areas per inhabitant, at 72 square meters (775 square feet) per head.

That is a Byzantine bit of thinking...

@Ms_Maddy
Are you Constant In Your Opel?

I think I know this one. Thanks. Bonnie.

I know this one

I think I know.

z) Hoff's moving Nepal out of the way.
Be careful digging through those files, Hoff. Don't want to shred up the manual and the copy of the warranty card

Comes round after Xmas every year making the same old sandwiches, day after day...

@hippo I think his name is Cold Turkinator.

I have the correct answer, and...I'll be back!

The Turkinator?! Love it! Is his name Arnold??

The Nepal moving device seems to have broken down. I will make a guess at the question based upon the area of the country that Nepal is covering.

:::Digging through files for Nepalese Equipment:::