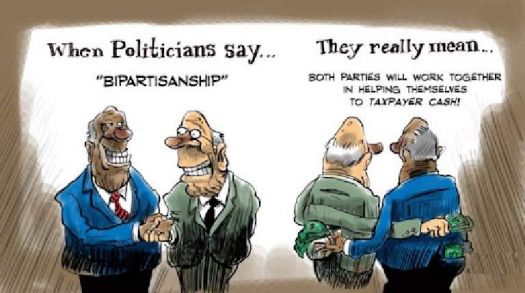 I know that. It's still found in the US, as well, just better hidden.

Got this one. Thanks, Bonnie.

I was not aware that the two Adams's were the only ones of the first 12 Presidents that never owned slaves. I think a LOT better of them, now.

Jefferson was the third president, James Madison was the fourth, James Monroe was the fifth, John Quincy Adams (John Adams' son) was the sixth and Andrew Jackson was the seventh.

Pah! I changed my mind and said Jefferson.

Good deduction I got it right

John Adams Jr. (October 30, 1735 – July 4, 1826) was an American statesman, attorney, diplomat, writer, and Founding Father who served as the second president of the United States from 1797 to 1801. Before his presidency, he was a leader of the American Revolution that achieved independence from Great Britain, and he served as the first vice president of the United States. Adams was a dedicated diarist and regularly corresponded with many important figures in early American history, including his wife and adviser Abigail Adams and Thomas Jefferson.
A lawyer and political activist prior to the revolution, Adams was devoted to the right to counsel and presumption of innocence. He defied anti-British sentiment and successfully defended British soldiers against murder charges arising from the Boston Massacre. Adams was a Massachusetts delegate to the Continental Congress and became a leader of the revolution. He assisted in drafting the Declaration of Independence in 1776. As a diplomat in Europe, he helped negotiate a peace treaty with Great Britain and secured vital governmental loans. Adams was the primary author of the Massachusetts Constitution in 1780, which influenced the United States constitution, as did his essay Thoughts on Government.
Adams was elected to two terms as vice president under President George Washington and was elected as the United States' second president in 1796. He was the only president elected under the banner of the Federalist Party. During his single term, Adams encountered fierce criticism from the Jeffersonian Republicans and from some in his own Federalist Party, led by his rival Alexander Hamilton. Adams signed the controversial Alien and Sedition Acts and built up the Army and Navy in the undeclared Quasi-War with France. During his term, he became the first president to reside in the executive mansion now known as the White House.
In his bid for re-election, opposition from Federalists and accusations of despotism from Jeffersonians led to Adams losing to his former friend Thomas Jefferson, and he retired to Massachusetts. He eventually resumed his friendship with Jefferson by initiating a correspondence that lasted fourteen years. He and his wife generated a family of politicians, diplomats, and historians now referred to as the Adams political family, which includes their son John Quincy Adams, the sixth president of the United States, the first father–son pair to serve as the nation's president. John Adams died on July 4, 1826 – the fiftieth anniversary of the adoption of the Declaration of Independence – hours after Jefferson's death. Adams and his son are the only presidents of the first twelve that did not own slaves in their lives. Surveys of historians and scholars have favourably ranked his administration.

I know this one. Thanks, Bonnie.

I know this one!!

And the cartoon is too accurate to be really funny.

Ach, not sure about the early presidents. I think he had J in his name, though...

Humbleness causes me to refrain from answering this question.

Sherlock Holmes and Dr. Watson went on a camping trip. After a good meal and a bottle of wine, they laid down for the night, and went to sleep. Some hours later, Holmes awoke and nudged his faithful friend. "Watson, look up at the sky and tell me what you see." Watson replied, "I see millions and millions of stars." "What does that tell you?" Watson pondered for a minute. "Astronomically, it tells me that there are millions of galaxies, and potentially billions of planets. Astrologically, I observe that Saturn is in Leo. Horologically, I deduce that the time is approximately a quarter past three. Theologically, I can see that God is all powerful and that we are small and insignificant. Meteorologically, I suspect that we will have a beautiful day tomorrow. What does it tell you?" Holmes was silent for a minute, then spoke. "It tells me that someone has stolen our tent."